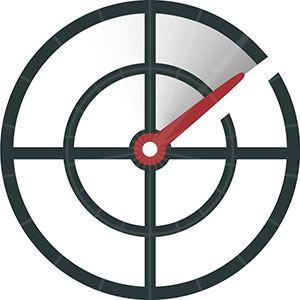 Pitched squarely against the Toyota MR2, the Ginetta G32 was the British-made mid-engined sportster that you didn't know existed

Ginetta was founded by the Walklett brothers (Bob, Ivor, Trevers and Douglas) in Essex in 1958. Throughout the 1960s this small company flourished, with its glassfibre-bodied sports cars being affordable, smartly designed, well engineered and good to drive.  But by the mid-1970s Ginetta was in trouble, thanks to a move to a bigger factory that financially stretched the company to its limits.

The solution was to move back to the smaller Witham premises and reintroduce the G4 that had come out in 1961, and which had been such a success for the company. By the 1980s Ginetta was also offering kits, having resisted the move previously, then at the 1983 London Motorfair a still-born prototype was shown. Called the G25 and heavily based on the Ford Fiesta Mk1, the reception to the G25 was lukewarm, so some serious rethinking was required.

The Walkletts went away and completely re-engineered the G25; the new car was still heavily reliant on Ford components, but it was now a mixture of Fiesta and Escort, with plenty of bespoke bits thrown in for good measure. The new car was so heavily redeveloped that it carried a fresh name when it was first shown in 1986: the Ginetta G32. There were three variations on the G32 theme available at launch: an XR3-powered model at £7814, a fuel-injected XR3i-based edition at £8389, or the range-topping 132bhp RS Turbo-based G32 at £9884.

At first the G32 would be available only in kit form, to save Ginetta the huge costs of putting its new car through type approval rules, but that decision was then reversed as Ginetta had always preferred to sell turn-key cars if possible. The cost of getting that all-important certificate would be high, but it was seen as essential, and with Ford prepared to help out financially, going for it was soon seen as something of a no-brainer. The original plan was that the G32 would be sold through Ford dealerships with them carrying out any warranty work, but this never materialised.

One of the hurdles to overcome to pass those type approval regulations, was the need for a more modern production facility. So in 1988 Ginetta moved north to Scunthorpe, with the move taking place just as the production-ready G32 was being unveiled in the spring of that year at the London Racing Car Show, where it was very well received.

Keen to maintain momentum, Ginetta took a stand at the October 1988 Birmingham NEC motor show to display a trio of pre-production G32s. The price was set at £10,995 and while orders and deposits could be taken, at this point Ginetta couldn't supply cars as type approval hadn't been granted. That wouldn't happen until April 1989, at which point it was then full steam ahead to get the first G32s to their owners. In the event the first cars wouldn't be delivered until November 1989, by which point an updated Toyota MR2 was on sale, priced at £13,320.

It was also at this time that there was a rather large development for Ginetta behind the scenes: it changed hands, with the founding Walklett brothers selling up to businessman Martin Phaff, who oversaw the company's development in its new northern home. Ivor was retained as technical director of the new company, but the other brothers chose to retire.

With no press reviews having taken place yet, the G32 had so far been very well received. It was powered by a mid-mounted Ford-sourced 1600cc CVH fuel-injected engine, which drove the rear wheels via a five-speed manual gearbox. There was a decent amount of luggage space behind the engine and the spare wheel was mounted above the 10-gallon fuel tank at the front, which gave the car perfect balance, which in turn produced excellent handling.

The doors were from the Ford Fiesta which were shortened at the top, and the dashboard also came from the Mk2 Ford Fiesta XR2, although some later versions were fitted with the Mk3 dashboard. The body tub was made from glassfibre, so with 110bhp coming from the CVH engine, the top speed was approaching 120mph.

In March 1990, Autocar felt that the Ginetta G32 was worthy not only of a full six-page test (promoted on its front cover), but it also pitched the British sportster against the MR2. Unfortunately for Ginetta, the G32's price was increased to £12,995 in January 1990, to cover the cost of a galvanised chassis, which was now standard, and to give the dealers a margin; Phaff was keen to set up a network of agents across the UK and beyond. The problem was that the G32 was now virtually the same price as a Toyota MR2, which undoubtedly harmed sales of the Ginetta. Autocar clearly wanted to love the G32, but couldn't:

With the G32, the company has so nearly got it right. It has the looks, character and potential ability, but in execution and detail development something has gone sadly wrong. And yet in essence the G32 is a good car. It rides and handles well, has ample cabin and boot space, and a road presence that belies its size. It looks professional inside and out, and is quite refined.

But in detail there are just too many niggly annoyances for anyone but the enthusiast to tolerate. Build quality is poor, though that is sure to improve in the coming months, and the crude operation of the pedals and gearchange takes away much of the driving pleasure".

With Autocar already committed fans of the Toyota MR2, the outcome of the twin test that followed on from the G32 road test was surely a foregone conclusion. And sure enough, even though the MR2 Mk1 was at the end of its life cycle, with an all-new car on the way, Autocar preferred it to the Ginetta. The magazine's tester's weren't impressed by the G32's gearchange, handling or fit and finish. The magazine acknowledged that it tested a very early car, but Ginetta had its work cut out if it was to be taken seriously in the sports car market.

Despite having a mountain to climb with raising the standard of the G32 coupé, Martin Phaff decided that he needed to broaden the car's appeal by launching  a convertible version. Mechanically identical to the coupé but with a strengthened chassis, the G32 convertible made its debut at the 1990 Motor Show at the Birmingham NEC, priced at £14,600 (the coupé's price had risen to £13,700 by now).

The G32 convertible was the only British-made mid-engined sports car on the market at that time and to make the car more appealing, in April 1990 Ginetta introduced a 1.9-litre engine option, which carried a hefty £1605 premium. This bigger powerplant was sourced from Peugeot and rated at a lusty 135bhp (at 6000rpm), with 110lb ft of torque available at 3500rpm. This bigger engine gave the G32 a top speed of 130mph with 0-60mph now possible in just 7.5 seconds.

Unfortunately the UK was entering another recession and by early 1991 very few cars were being sold. Towards the end of 1991 prices had rocketed to £16,800 for the coupé and £18,100 for the convertible, which was unrealistic given the competition. Production ceased in 1991 after just 97 G32 coupés had been built along with 16 convertibles.

The G32 is another one of those 'what could have been' cars and it deserved better. It had superb handling coupled with decent performance from the reliable Ford CVH engine. Another plus point is that unlike many of the diminutive Ginetta models the G32 could accommodate a driver who is 6' 3" tall. Unfortunately the G32's short production run meant it was never fully developed into what it could have been: a lovely car to be driven and enjoyed.

Many thanks to David Doolan of the Ginetta Owners' Club for this article. David owns the yellow coupé pictured, along with the green convertible.