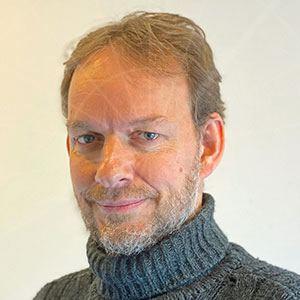 If you thought early Volkswagen Transporters were simple and spartan, take a look at the ultra-basic Basistransporter. But the Meccano-like looks hid some pioneering thinking

When air-cooled Volkswagens were current, few people bought them for their comfort and luxury. They were cheap and cheerful, robust and reliable, and they got the job done effectively, albeit a little noisily. Pamper their passengers they did not, though.

However, Wolfsburg utilitarianism went to extremes with the EA489 Basistransporter, a Volkswagen so rudimentary and lacking in any sort of design flair that it made even a Type 2 panel van seem like a Mercedes-Benz S-Class. As its name suggests - ‘Basis’ translating as ‘Base’ in English - this wedge-shaped runabout was intended as the ultimate in no-frills transport, targeted at developing nations. Yet despite this it actually did something pretty radical for VW at the time, for not only was its air-cooled engine mounted at the front instead of out the rear, it also drove the front wheels too. That’s something the marque would attempt only once more during its air-cooled days, but not until several years after the Basistransporter, in the form of the Gol. And, no, the ‘F’ hasn’t, um, effed off there. We do mean Gol rather than Golf. But that’s another story for another Below the Radar day.

Back to the Basistransporter. Or the Partner, Ant or Country Truck, as it was also known. And if you’ve not heard of any of those, it’s no real surprise; it is one of the least well-known of Volkswagens, even among air-cooled aficionados. The shape will probably be unfamiliar too, unless you’ve ever bought some flat-packed furniture from IKEA, and it’s turned out looking like an EA489.

During the 1970s several manufacturers looked into building very simple, inexpensive machines for use in poorer nations, where anything too complex might have defeated the talents of the local mechanics. That Volkswagen already had a foothold in such countries, thanks to the all-conquering Beetle, meant it was already in a good position to introduce such a vehicle. There was barely anywhere on the globe that wasn’t already familiar with VW’s flat-four engine, and couldn’t fix it using some duct tape, WD40 and a small length of twig.

What Wolfsburg came up with was the EA489. It had a primitive ladder chassis with torsion bar front suspension and a leaf-sprung rear beam axle. The 1584cc flat-four engine was mounted under the cab and, with its heady 44-50bhp output, around 55mph was the top speed. It was unlikely that any drivers or passengers would want to go too much beyond this though. Unusually for Volkswagen at the time, the engine was mounted at the front, under the cab, where it drove the front wheels. Essentially, what VW had done was turn its usual Transporter configuration around the other way.

Because doing this probably took a fair bit of effort, Volkswagen’s design team made up for lost time by keeping the body as plain as possible. Almost to extremes. There was no attempt at adornment or styling with the Basistransporter’s minimal bodywork, save for the obligatory VW roundel. It was essentially slabs of ribbed metal, assembled in an angular fashion that Citroen would have been quite proud of. Curves were almost completely absent; even the wheel arches were straight-edged, while all the glass was completely flat. When shipped abroad the Basistransporter usually went just as a chassis with engine and transmission, plus plans for the cab to be simply and quickly fabricated from sheet metal, using the minimum of skills. That was also the reason for the flat glass; it could be locally manufactured with little fuss or bother, and if it ever needed replacement the job could be done with little hassle.

In its usual form the Basistransporter was a pick-up, but all manner of different bodies could be fitted on the rear, including vans, minibuses, campers and ambulances. Although good luck to anybody needing to be urgently carried away for medical attention in one.

Volkswagen’s Hannover plant – the home of its commercial vehicles – was responsible for turning out EA489s from 1975, alongside more sophisticated Type 2 Transporters. Around 2600 appeared up until 1979, although most were in kit form; few were actually built in their entirety in Germany. The initial exports were to Australia, New Zealand, Papua New Guinea, the Philippines, Pakistan, Indonesia, Turkey and Mexico, mainly for evaluation purposes. Around 200 ended up scattered throughout Africa, sent there by Finland as part of foreign aid packages. These were put together by the Wihuri Group in Finland and featured reinforced plastic cabs styled – loosely speaking – by race car designer Max Johansson. These versions were dubbed Teijos.

Australia and New Zealand didn’t really take to the Basistransporter, thanks to having access to more complicated machines plus the ability to maintain them. Who really needed an EA489 in a world of readily-available Holden utes? However, the Philippines, Turkey, Indonesia, Mexico and Pakistan found the vehicle more appealing. Granted, Turkey did try to inject a bit more glitz by using the front of a bay window Type 2 as a cab. Indonesia did similar, but also added a small grille to the nose. But elsewhere the EA489 was left largely alone, albeit with local names applied. In Indonesia it was the Mitra (Partner), while the Philippines called its version the Trakbayan (Country Truck) and Mexico chose Hormiga (Spanish for Ant).

It was Mexico, one of the biggest bastions of air-cooled Volkswagens outside of Germany, that especially embraced the Basistransporter. It even put together its own complete versions, with Mexican-built chassis rather than Hannover’s kit one, and made about 3600 vehicles up until 1979. While this was hardly a massive tally by multi-million-selling VW standards, the rough-and-ready nature of the Basistransporter meant it proved practical, cheap and easily fixable in a country swimming with VW parts. Many are still going today, some of them still in gainful employment.

If you want to gaze in shock and awe upon the chiselled utilitarianism of a Basistransporter today, you won’t find any in the UK, as far as we know. But neither will you need to go quite as far as Asia, Africa or Latin America. There’s one in Volkswagen’s own museum at its Wolfsburg factory in Germany, along with plenty of other weird and wonderful VWs as well more mainstream machines.